Scientists from the Chinese Academy of Sciences and Institute of Physical and Chemical Research attended the third CAS-RIKEN Young Scientists Seminar held in the Shenzhen Institutes of Advanced Technology on Nov. 4.

"The science and technology cooperation between China and Japan has not only witnessed tremendous achievements, but also played a positive role in the cultivation of young people and the improvement of academic level," said LI Yin, Director of Bureau of International Cooperation, Chinese Academy of Sciences.

The seminar was divided into academic presentation and panel discussion. Eighteen experts from two countries exchanged in-depth views on how to jointly promote international cooperation on information technology and biotechnology including AI, Big Data, Smart Health, and Internet of Things.

"RIKEN, like the Chinese Academy of Sciences in China, is committed to promoting basic scientific research and technological development," said Dr. Motoko Kotani, the Executive Director of RIKEN, "I sincerely hope we can maintain such friendly cooperative relationship and expand the areas of cooperation in the future."

It is decided that the seminar will be turned into a regular dialogue mechanism between the two institutions to promote exchanges and cooperation between young scientists from both countries. Efforts will also be made to establish bilateral funding programs to support the cooperation. 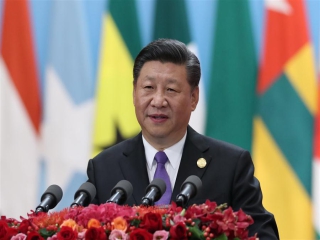 President XI Jinping on Monday announced a raft of renewed measures to elevate China-Africa cooperation as more than 50 African leaders gathered in central Beijing for a major event as he opened the 2018 Beijing Summit of the Forum on China-Africa Cooperation, an occasion...

The Institute of Atmospheric Physics, Chinese Academy of Sciences (IAP) and UK Imperial College of Science, Technology and Medicine signed an Memorandum of Understanding (MoU) for educational and scientific cooperation in Beijing on 18th November 2014. Both sides hope to ...