An international team, including members from the University of Science and Technology of China, recently published details in the journal Science about an engineered electrode material with a potential to be used in advanced batteries.

Energy enters and leaves the battery by electrochemical reactions in electrodes, so efficient and effective lithium-ion transfer is of utmost importance, especially in transferring the energy from the battery to the device via the anode, according to one of the authors, Jin Hongchang of USTC in Hefei, Anhui province.
The researchers turned to black phosphorus, a material that has been considered for use in electrodes before but is usually abandoned because of its tendency to deform along its layered edges, making the transfer of lithium ions inefficient and rendering a lower quality material, according to Ji Hengxing, professor at USTC and another of the paper's authors.
By combining black phosphorus with graphite, the chemical bonds between the two materials stabilizes and the problematic edge changes are prevented, Ji said.
The team also tackled another issue hindering the material: Electrolytes can break down into less conductive pieces and build up on the surface of an electrode, inhibiting ion transfer into the electrode material, like dust obscuring light through glass.
The team applied a thin polymer gel coating to the electrode materials and reinforced the ion transport path, effectively preventing the problem.
"With the new technological breakthrough, it is possible to fully charge an electric vehicle in about 10 minutes, providing a cruising range of about 500 kilometers," Ji said.
With the popularity of electric vehicles rising, the technology for a high-capacity lithium-ion battery that charges quickly and discharges slowly remains an unrealized goal — but researchers are now closer than ever. (China Daily)

University of Science and Technology of China 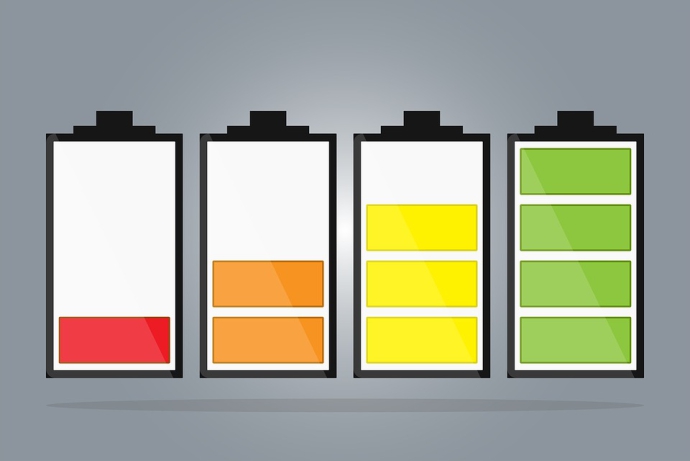 Researchers at the Qingdao Institute of Bioenergy and Bioprocess Technology have come a step closer to making a viable, high-output battery based on magnesium (Mg), an element the United States Geological Survey reports is far more abundant than lithium.