Recently, Prof. SUN Liling's team from the Institute of Physics (IOP) of the Chinese Academy of Sciences, in collaboration with Profs. XIANG Tao, ZHOU Xingjiang and HU Jiangping Hu from IOP, Prof. GU Genda from the Brookhaven National Laboratory and Prof. LIN Chengtian from the Max Planck Institute, has discovered the pressure-induced quantum transition from superconducting state to insulating-like state in bismuth-based cuprate superconductors, through their state-of-the-art in-situ high-pressure measurements.

These experimental results reveal that the observed quantum phase transition is universal in the bismuth-bearing cuprate superconductors, regardless of the doping level and the number of copper oxide (CuO2) planes in a unit cell.

It is a grand surprise for them that the system enters into an insulating-like state after the superconductivity is fully suppressed, because it is well known that the ground state of the over-hole-doped non-superconducting cuprate is a metallic state, and naively one expects that by applying pressure the bandwidth should be increased.

As a result, the system should become more metallic, instead of insulating-like. This discovery of the universal quantum transition provides a fresh challenge and a new opportunity for better understanding the mechanism of superconductivity in these materials.

This study entitled "Quantum phase transition from superconducting to insulating-like states in a pressurized cuprate superconductor" has been published on Nature Physics.

The study was supported by the National Science Foundation of China, the Ministry of Science and Technology of China, and the Chinese Academy of Sciences.

Temperature dependence of in-plane resistance for Bi2Sr2CaCu2O8+δ at different pressures. (a) and (d) are the plots of temperature versus resistance with linear and log scales for the under-doped superconductor; (b) and (e) for the optimally-doped sample, the two-step superconducting transition demonstrates a crossover from two-dimensional to three-dimensional superconducting phases in the pressure range of 4.9- 23.1 GPa, in good agreements with our previous studies; (c) and (f) for the over-doped (OD) sample. (Image by IOP)

An international team of scientists from China and Australia have released research that has probed how quantum matter changes when it makes a 'quantum phase transition'. The collaborators have published their latest research result experimentally exploring a quantum phas... 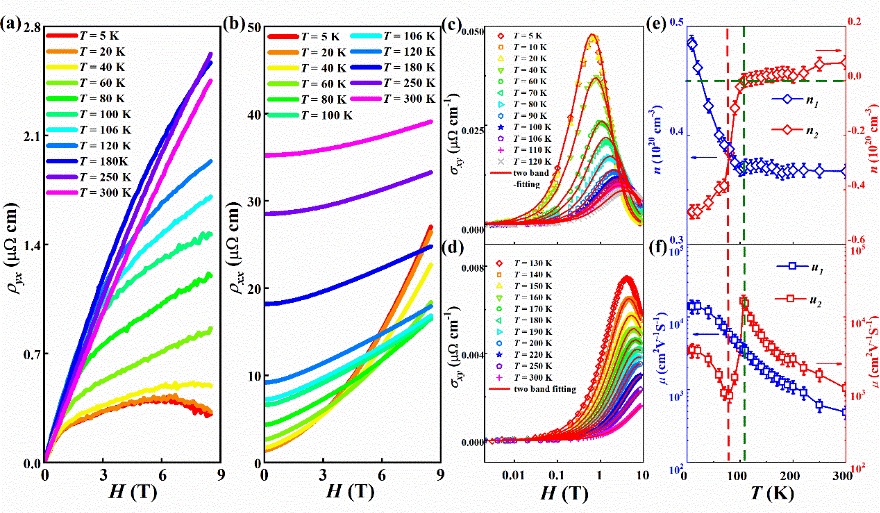