Preserving plant seeds and other genetic material warrants investment of hundreds of millions of dollars, as it provides a lifeline for the future, according to scientists.

"If the world ends one day, these collections will bring hope of a new beginning to life on Earth," said Li Pei, a staff member at the Germplasm Bank of Wild Species, or GBOWS, in Yunnan province.

The Living Planet Report 2020 released by the World Wide Fund for Nature warned that up to 1 million of the estimated 8 million plant and animal species on Earth are at risk of extinction. Habitat loss, exploitation, climate change and pollution are the main causes.

Numerous indicators, including the Living Planet Index provided by the Zoological Society of London, show there was an average 68 percent fall in nearly 21,000 wildlife populations from 1970 to 2016.

The rapid loss of biodiversity and germplasm resources is the main reason for the establishment of seed banks. There are now more than 1,750 such banks globally, according to the United Nations Food and Agriculture Organization.

Li said, "For the preservation of biodiversity, such banks are crucial. The more collections we have, the greater the chance of saving plants and animals, especially those that are critically endangered."

Founded in 2007, GBOWS is a research and preservation facility for rare and endangered plants and animals.

It is the only comprehensive institution of its kind for storing wild plant and animal germplasm resources in China, and is the largest in Asia in terms of species, according to Li. Germplasm resources are strategically essential for global agricultural security.

Affiliated to the Kunming Institute of Botany, which is responsible to the Chinese Academy of Sciences, GBOWS comprises a seed bank, a micropropagation unit, a plant DNA bank, a microbial bank based at Yunnan University, and an animal germplasm bank at Kunming Institute of Zoology. It also boasts experimental research laboratories for plant genomics and seed biology.

Yu Fuqiang, deputy director of the germplasm bank, said, "The bank functions as a bio dome that protects wild organisms, especially those endangered species or species with high economic and scientific value, from extinction."

Li said: "As the genes of most plants are contained in their seeds, germplasm resources have become the carriers of plants' genetic information. A seed bank, which stores thousands of seeds, serves as the most important facility for preserving such resources."

A plant culture is examined by a scientist. PHOTO PROVIDED TO CHINA DAILY

In China, areas rich in biodiversity range from the dry northwest－even though it is surrounded by huge mountain ranges on the Qinghai-Tibet Plateau－to the tropical and subtropical south. The remote mountainous areas and diverse microclimates have resulted in high levels of endemism－the condition of being endemic, or restricted in geographical distribution to an area or region.

Li said the seed bank has preserved 85,046 accessions of 10,601 species, accounting for 36 percent of the seed plants in China.

"The number of seed accessions is close to that of the world's biggest seed bank－the Millennium Seed Bank in the United Kingdom," Li said. "More important, this will play a crucial role for China's basic scientific research on wildlife."

With two in five plant species at risk of extinction, she said it is a race against time to protect the nation's incredible plant life.

"Wild species germplasm has great application potential in the biological sphere, especially for the collection and preservation of wild plants," Li said.

"We store seeds that are collected in the wild so that we can germinate and reintroduce these plants to the wild or use them for scientific research in finding our future food and medicines, and for other functions."

For example, the seeds of Silene stenophylla, a plant species in the carpetweeds family, can maintain their viability for up to 32,000 years.

For plants with tiny seeds that are difficult to store in a conventional seed bank－such as many endangered species from the orchid family－scientists freeze the tissue at a temperature of minus 196 C.

A scientist photographs plants on the slopes of Qomolangma, also known as Mount Everest. PHOTO PROVIDED TO CHINA DAILY

Collecting seeds is the first step of preservation, and GBOWS cooperates on this task with national partners who receive regular training from the seed bank.

Apart from seeds, collectors take specimens for verification. For future study, they record details of the plant, including where it was found, its size and the number of individual plants in the habitat.

This year, collectors from the bank visited many regions nationwide, including areas with low populations in West China and also sinkholes in the south and southwest.

At sinkholes in Mengzi city, Yunnan, researchers found two rare plant species, Petrocosmea grandiflora and Elaeagnus bambusetorum, which had not been seen for more than 100 years.

Species are targeted and prioritized if they meet at least one of three standards－they are endangered, endemic or of economic importance.

After arriving at the bank, the seeds undergo a series of processes before they can be stored long-term.

First, they are checked by botanists to ensure their "identity". Then, the seeds are slowly dried to 5 percent moisture content in a drying chamber, which maintains a temperature of 15 C and relative humidity of 15 percent.

The seeds are next cleaned before being weighed and counted manually, which is time-consuming and requires patience and an eye for detail.

Then, the seeds are placed in suitable containers and weighed on an electronic scale under a plastic cover, which prevents the results being influenced by factors such as the wind.

The weight of the seeds is recorded in grams correct to four decimal places－even more accurate than a scale for weighing gold.

Before being stored, the seeds receive an X-ray "health check". After this, they are photographed.

Seed morphology researcher Li Lianyi said, "For big seeds, an ordinary camera is enough, but for those with a diameter of 1 or 2 millimetres, photomicrography is used.

"Some tiny seeds cannot be seen by the eye, but photomicrography allows us to appreciate their spectacular shapes and colors."

After these procedures are completed, the seeds are sealed in glass bottles or jars. Each container has a barcode that can be scanned to enable scientists to view information about the seeds inside.

The containers, large and small, are stored in a huge chamber at a temperature of minus 20 C. Such chambers are freezers built underground to reduce the influence of the local environment.

The seed bank has five such chambers, covering a total of 190 square meters and capable of storing 170,000 collections.

Germination tests are conducted on a seed accession after it is banked to ascertain viability and to establish a germination protocol.

Seed revival is conducted on a palmsized cell culture dish with agar, a gelatinous substance obtained from some red seaweeds. In most cases, it usually takes a few days for the seeds to sprout.

Seed curator Li Hui said, "Some seeds remain dormant and need a little inducement to 'wake them up'-for example, a biological enzyme or an external force, such as chipping or breaking out the hard seed coating."

For seeds without a germination study, she said it sometimes takes four or five years for them to revive. "For instance, some seeds only sprout through interaction with a biological enzyme found in the intestinal tracts of birds," Li Hui said.

The bank has provided technical support for the preservation, research and use of China's wild plants. It also provides seed germination guidance services.

"Most of the orders are from forestry, grassland and agricultural colleges and research institutes," Li Hui said.

"A test is usually conducted every five or 10 years after the seeds are stored to check their ability to grow. The result is a significant part of our research on the plant."

In addition to cooperating with 105 research institutes and preservation centers nationwide, the seed bank works with international partners, including Kew Gardens in the UK, on collecting backup specimens, exchanges and research.

It holds 2,176 sets of seeds from 45 countries, with each set containing thousands of individual seeds.

Li Pei, the staff member, said, "Duplication storage is widely used in case the seeds are destroyed in natural disasters, other accidents or in wars."

She said wild plant protection is recognized globally as a crucial method of biodiversity conservation, as wild species have significant survival potential.

GBOWS has also made considerable efforts on DNA study and preservation of wildlife, she added, citing as an example protection of the Chinese yew－which is critically endangered and under top-level national preservation.

"In the past, illegal traders processed the tree bark into powder to evade the forestry policy. Thanks to development of the DNA barcoding technique, we can now not only recognize the species that the powders are made from, but also source its provenance," Li Pei said.

"As China has rich and unique biological resources, we aim to further enhance our collections and conduct deeper research, in expectation of contributing more to biodiversity conservation, not only in China but the world," Li Pei said. (China Daily) 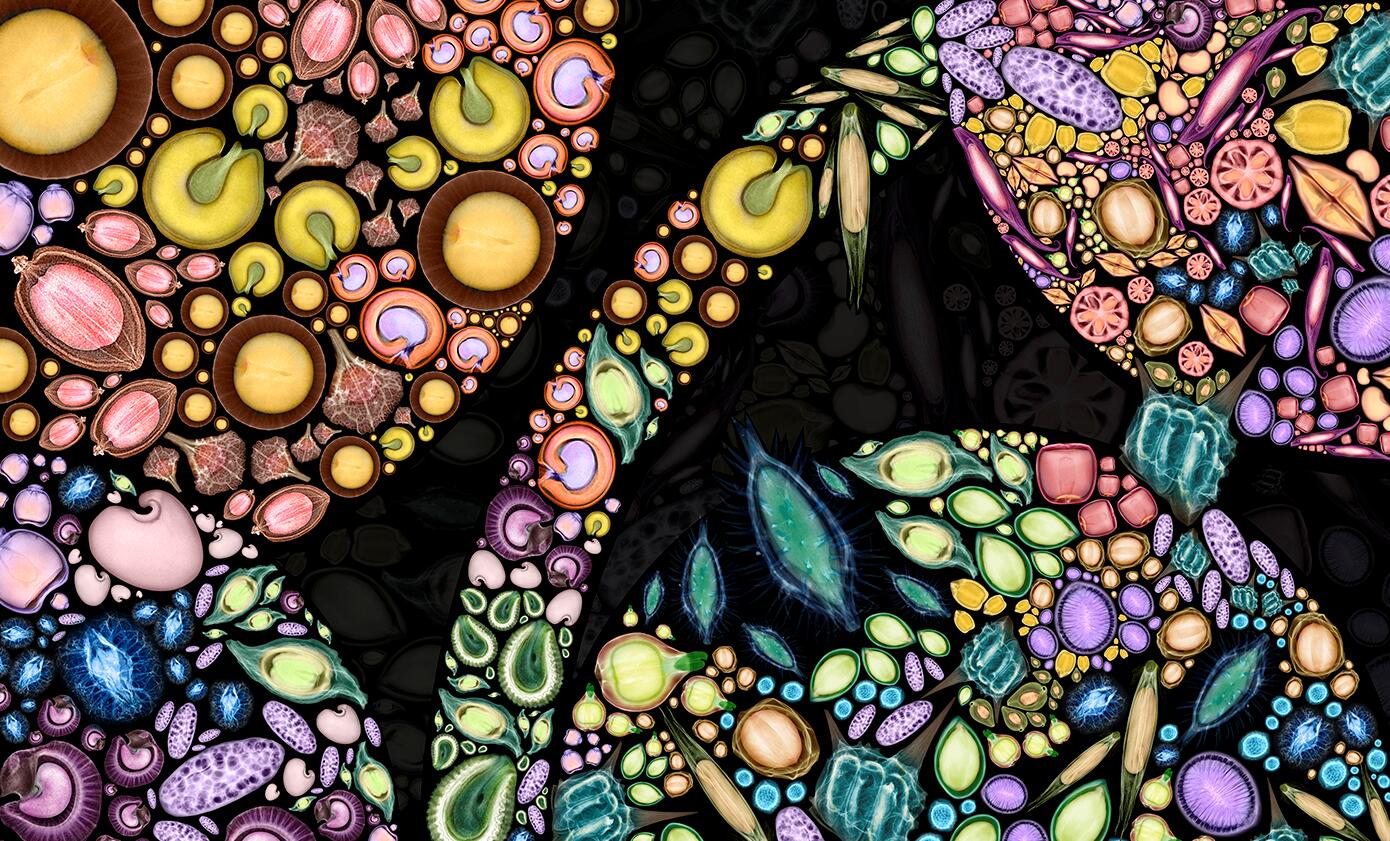 The Germplasm Bank of Wild Species has preserved more than 10,000 plant seeds. 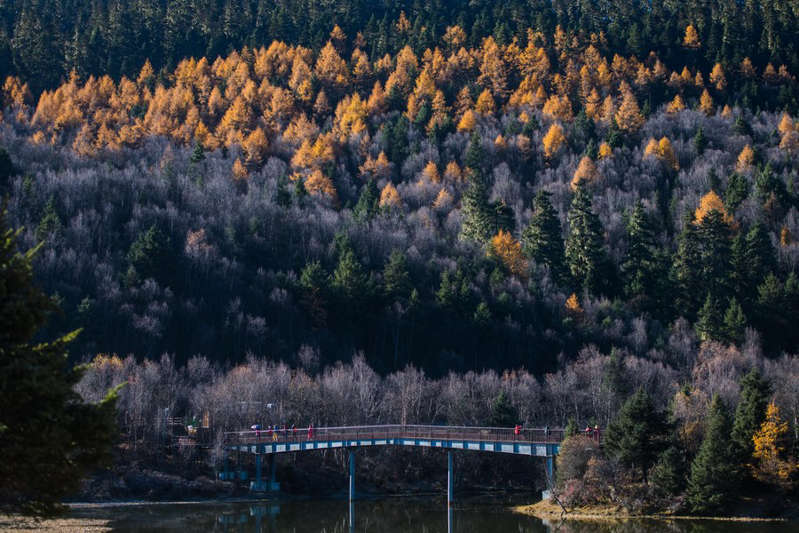 The seed haven, namely the Germplasm Bank of Wild Species, is located in an ordinary four-story building in a research institute in the city of Kunming, which will host the upcoming 15th meeting of the Conference of the Parties to the UN Convention on Biological Diversity...