As one of the five major extinction events in Earth history, the Frasnian-Famennian boundary (FFB) crisis caused dramatic reductions in marine and terrestrial diversity.

The effects of this event on terrestrial ecosystems are not well understood due to the limited preservation of terrestrial sedimentary rocks and the relative scarcity of plant fossils. Besides, the stratigraphic position of the FFB remains unclear.

Prof. XU Honghe from the Nanjing Institute of Geology and Palaeontology of the Chinese Academy of Sciences (NIGPAS) and Dr. ZHENG Daran from The University of Hong Kong conducted detailed paleontology and isotope chronology study in several Devonian terrestrial outcrops in West Junggar, northwestern China. Related results were published in Palaeogeography, Palaeoclimatology, Palaeoecology.

They investigated four plant-rich fossil-bearing Zhulumute Formation sections. The Zhulumute flora mainly contained Lycopsida, Archaeopteridales, and Cladoxylopsida, which are typical for constructing Middle-Late Devonian forests. Their widespread distribution in the West Junggar indicates the range of forests in this region.

Through precise zircon uranium-lead (U-Pb) dating on the plant fossil layer of the Salba section, the researchers limited the age of the Zhulumute flora to the earliest Famennian (371.5 ± 0.9 Ma). This indicated that the Zhulumute flora were the oldest-known forest in China.

The new U-Pb ages generated in this study refined the placement of the FFB in West Junggar to within the Zhulumute Formation, instead of the Hongguleleng Formation as previously thought.

Although the floral assemblages of the lower Famennian Zhulumute Formation did not represent in-situ growth, the presence of abundant arborescent taxa was inferred to represent the earliest known forest in the West Junggar region.

In West Junggar, the stratigraphic position of the FFB remains tentative. The FFB was controversially interpreted to occur in the lower part of the marine Hongguleleng Formation. Numerous studies have debated the age of the Hongguleleng Formation. Its conodont biostratigraphy has been interpreted as Famennian, late Frasnian–Famennian, or Famennnian–Tournaisian in age.

This interpretation differed from long-held interpretations regarding placement of the FFB in NW China. Specifically, their age data indicated that the FFB was present in the terrestrial Zhulumute Formation and not within the marine Hongguleleng Formation.

Together with paleontological evidence, this new chronostratigraphic constraint indicated that forest development occurred synchronously with or immediately following the Upper Kellwasser crisis in West Junggar. These findings were consistent with the possibility of a major floral turnover at the FFB, although further investigation will be required to test this hypothesis.

This research was supported by the Strategic Priority Research Program of Chinese Academy of Sciences, the HKU Seed Fund for Basic Research, and the National Natural Science Foundation of China.

Fig. 1 Field photo of the Saerba Section of the Zhulumute Formation in West Junggar, northwest China (Image by NIGPAS)

Age constraint for an earliest Famennian forest and its implications for Frasnian-Famennian boundary in West Junggar, Northwest China 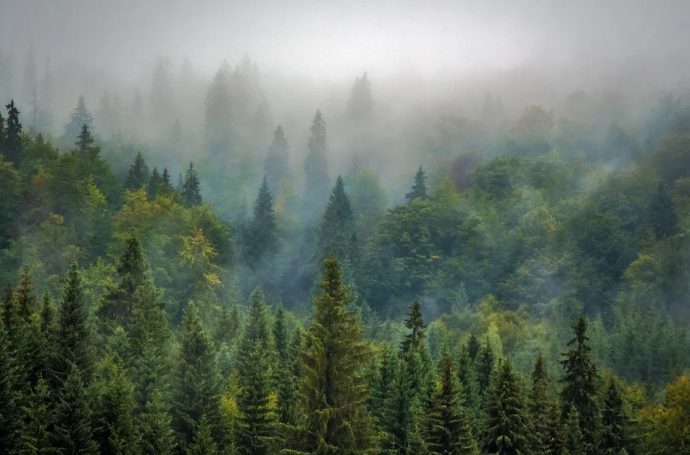 How Do Forests Function in Persistent Organic Pollutant Cycling?

Dr. GONG Ping from the Institute of Tibetan Plateau Research and his colleagues systematically reviewed the cycling mechanism of persistent organic pollutants (POPs) in forests. 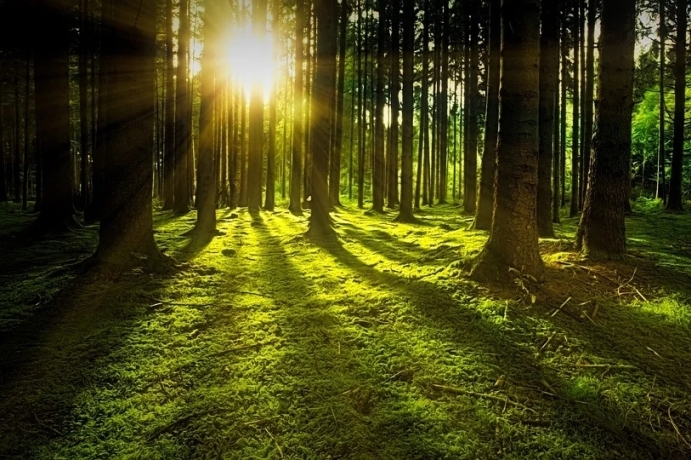 Researchers from the Institute of Geographic Sciences and Natural Resources Research and their collaborators have evaluated how changing plant diversity affects C, nitrogen (N), and (P) dynamics during decomposition via distinctively diverse litter mixtures in the major f...