The Steptoean Positive Carbon Isotope Excursion (SPICE) is a large excursion (by ~5‰) in marine carbon isotope (δ13C) records during the middle-late Cambrian transition. The SPICE is hypothesized to be caused by a global carbon cycle perturbation (enhanced global carbon burial), which is accompanied with dramatic marine anoxia and euxinia.

Recent studies imply that the synchroneity and magnitude of SPICE may be controversial, which hampers proper interpretation on stratigraphic correlation and biogeochemical cycling.

In order to test the spatial variation of SPICE, Prof. CHEN Jitao from the Nanjing Institute of Geology and Palaeontology of the Chinese Academy of Sciences (NIGPAS) and his colleagues studied six outcrop sections across a ~700 km transect along the eastern North China Platform using sedimentology, trilobite biostratigraphy and carbon isotopes methods in recent years. The study was published in Palaeogeography, Palaeoclimatology, Palaeoecology.

The researchers found that SPICE was present in all the studied sections, but showed different features regarding the duration and magnitude. An abrupt increase in δ13C from ~1.5‰ to 3.5‰ occurred in three Shandong sections, with maximum value present only in a thin (0.5-1.2 m thick) transgressive lag deposit (crudely wave stratified, bioclastic grainstone).

In contrast, the δ13C record of Baijiashan and Shashan sections in Liaoning region displayed a gradual increase (~20 m thick) from ~1.5‰ to the maximum value of 4.7‰.

Both facies analysis and trilobite collections suggested that the spatial variation of SPICE in the North China Platform most likely resulted from missing of sedimentary record (with high δ13C values) in Shandong sections as a result of erosion and non-deposition during sea-level lowstand.

This study reports the complete record of SPICE from the North China Platform, and provides fundamental basis for future global correlation of SPICE. It was supported by the Strategic Priority Research Program of Chinese Academy of Sciences and the National Natural Science Foundation of China.

Fig. 1 Representative facies of the Miaolingian-Furongian boundary successions in the eastern part of the North China Platform (Image by NIGPAS) 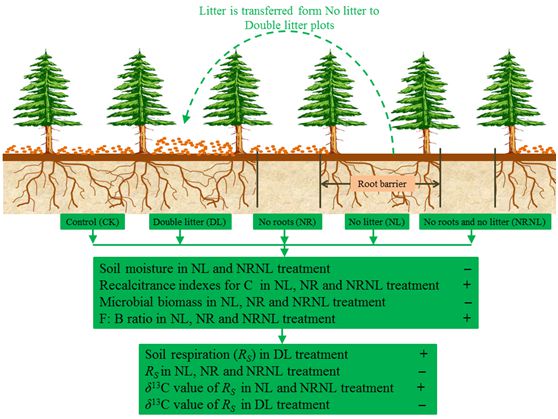 How Does Short-term Litter Input Manipulation Affect Soil Respiration and Its Carbon-isotopic Signature?

Under the supervision of Prof. CHENG Xiaoli, WU Junjun from Wuhan Botanical Garden of the Chinese Academy of Sciences conducted a Detritus Input and Removal Treatment (DIRT) experiment in a coni... 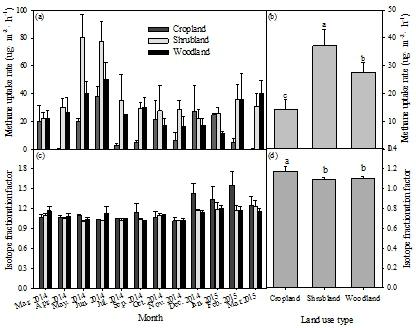 Supervised by Prof. CHENG Xiaoli, WU Junjun, a research assistant of Wuhan Botanical Garden, conducted a year-long measurement of CH4 in afforested lands and the adjacent cropland to assess the effect of afforestation on CH4 uptake rate and its carbo...