Dr. LIN Guigang at the Institute of Applied Ecology (IAE) of the Chinese Academy of Sciences (CAS), together with his colleagues Dr. WANG Xugao, Dr. ZENG Dehui and Dr. YUAN Zuqiang at IAE and Prof. Richard P. Phillips at Indiana University, has recently investigated the differences in soil nitrogen dynamics between forests dominated by arbuscular mycorrhizal trees and ectomycorrhizal trees at four spatial scales (local, regional, continental and global scales).

Although some ECM fungi can secrete a large amount of hydrolase and oxidase to obtain soil organic nitrogen and increase soil carbon-nitrogen ratio, most ECM fungi do not have the ability to directly obtain organic nitrogen.

In view of this, Dr. LIN and their colleagues proposed a new hypothesis, which has explicated the linkage between forest mycorrhizal types and soil nitrogen transformation and developed the theory of mycorrhizal-associated nutrient economy.

According to them, the basic idea of the new Acid-base Chemistry-Microbiology Hypothesis is that the differences in functional traits of roots and leaves of AM and ECM trees cause differences in soil acid-base chemical properties, which in turn affect soil microbial abundance and community that can drive nitrogen transformations.

They verified this hypothesis with their multiple-scale investigations for the first time and found that, at all four spatial scales, leaf litter of the ECM-dominated forests had lower salt-based cation and higher lignin contents and thus lower soil pH and higher acid cation content.

The above results have been published in Global Ecology and Biogeography and Biogeochemistry, respectively. The studies were funded by the Youth Innovation Promotion Association of CAS. 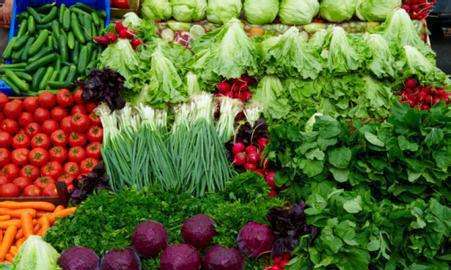 Dr LI Jie, a researcher of Institute of Applied Ecology, conducted a research to assess the impacts of DMPP on N2O emissions, ammonia oxidizers and denitrifying microbes in two different durations of intensive vegetable cultivation soils (cultivated 1 year and ...