Researchers from the Xishuangbanna Tropical Botanical Garden (XTBG) of the Chinese Academy of Sciences have collected and maintained a collection of about 100 plants of Annonaceae, a large pantropical flowering plant family. Recently, observations of flower morphology in the Annonaceae collection at XTBG have led to the identification of two unknown species belonging to the genus Polyalthiopsis.

The two unknown species were introduced from southeastern Yunnan in 2000 and from Napo, Guangxi, in 2002, respectively, but without any information on their locations or habitats. Fortunately, XTBG researchers identified the locations and found these species in the wild in April 2021.

After morphological comparisons and phylogenetic analyses based on five chloroplast regions, the researchers confirmed two new species and named them as Polyalthiopsis nigra and Polyalthiopsis xui respectively. Related results were published in Plant Diversity.

Polyalthiopsis nigra is morphologically similar to P. chinensis with lemon to yellowish green petals and shorter than seven mm long pedicel, but clearly differs by having obovoid monocarps and the pericarp of the monocarps not secreting white liquid when injured, 15–25 pairs of secondary veins, the widest part of leaf blades usually above the middle, leaf blades two to three times as long as wide, and flowering from February to April.

It is known only from Napo County in Guangxi and Malipo County in Yunnan, southwest China. Since very few details exist about its natural distribution, the researchers assigned its conservation status as data deficient.

Polyalthiopsis xui is morphologically similar to P. floribunda with inflorescences axillary, one to three (or four) flowers, elliptic leaves, petals elliptic-ovate, but it clearly differs by having carpels seven to twelve per flower, ovules two per carpel. It is known only from the type locality in Maguan County, Yunnan. It usually grows in the tropical rainforest of limestone areas, at elevations of 300–400 m.

Polyalthiopsis xui is named after Prof. XU Zaifu, former director of XTBG, for his contributions to plant introduction and ex situ conservation. It is known only from the type locality in southeastern Yunnan.

"Although its habitat is under protection near Yunnan Daweishan National Nature Reserve, the forests are under severe pressure from agricultural expansion, and the population and mature individuals are near the roadside. We suggest the species be assessed as Vulnerable," said TAN Yunhong of XTBG.

Two new species of Polyalthiopsis (Annonaceae) based on morphological characters and phylogenetic evidence, with a supplementary description of P. chinensis from China 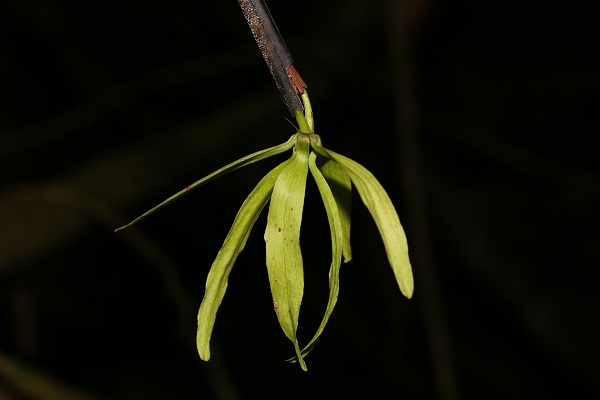 In a recent field investigation, researchers from Xishuangbanna Tropical Botanical Garden and South China Botanical Garden collected a material of P. litseifolia, which enabled them to conduct a molecular phylogenetic study to assess the taxonomic affinities of this enigm... 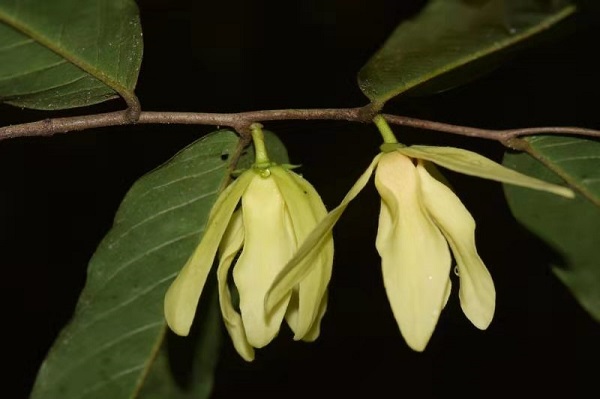 Researchers from the Xishuangbanna Tropical Botanical Garden carried out morphological comparisons and phylogenetic analyses on the Meiogyne materials. Both the molecular and morphological data support the placement of the new species in Meiogyne. It differs from all prev...