According to a recent phylogenetic study, the genus Ceropegia is the largest genus of the family Apocynaceae (commonly known as the dogbane family) and comprises more than 700 species. Ceropegia sect. Chionopegia is mainly distributed in the Himalaya region, Pakistan and India eastwards to China. In China, up to now 11Ceropegia species belong to sect. Chionopegia.

During systematic botanical researches in Jilong County in Tibet, researchers from the Xishuangbanna Tropical Botanical Garden (XTBG) of the Chinese Academy of Sciences collected an unknown species of Ceropegia. After literature review and careful morphological examination, they confirmed that it represented a new species.

The researchers named the new species as Ceropegia jilongensis after the type locality, Jilong County and published it in Taiwania.

Ceropegia jilongensis is a perennial, twining herb, up to one meter long. It is morphologically most similar to C. hookeri (China, India and Nepal), but clearly differs in its pedicel densely pubescent, exterior of corolla tube pubescent, interior glabrous, ovoid cage 12–15 mm in diameter, corolla lobes obovate, interstaminal corona lobes divided into pairs of linear teeth.

Since insufficient field surveys up to now, its natural distribution and population status are currently unknown. The researchers assessed its conservation status as 'Data Deficient' according to the IUCN Red List Categories and Criteria.

Ceropegia jilongensis, a new species of Apocynaceae from Xizang, China 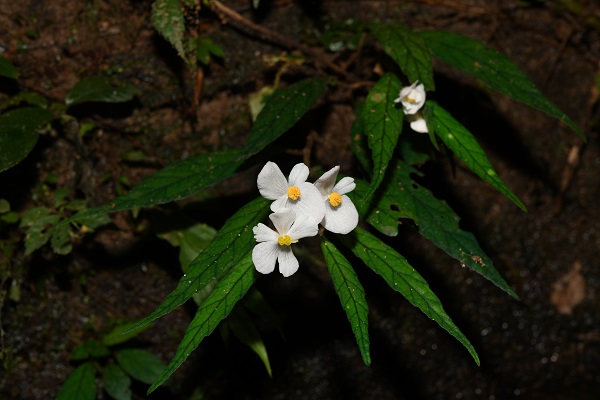 From 2014 to 2020, researchers from the Southeast Asia Biodiversity Research Institute have conducted nine field investigations and discovered many new species. They have collected around 158 Begonia specimens in total. The researchers conducted morphological investigatio...