Mucuna is a pantropical genus with approximately 105 extant species of climbing lianas (vines) and shrubs in the legume family (Fabaceae), the third largest family of flowering plants. Although the genus Mucuna is well represented in modern tropical regions, fossil records of this genus are limited and hence relatively poorly studied.

In a study published in Review of Palaeobotany and Palynology, researchers from the Xishuangbanna Tropical Botanical Garden (XTBG) of the Chinese Academy of Sciences and the Vietnam Academy of Science and Technology presented the newly-discovered and well-preserved fossil pods in one specimen from the late Miocene of the Yen Bai Basin, northern Vietnam.

The fossil specimen is characterized by linear-oblong, compressed, torulose, slightly curved pods containing at least three to five seeds, a pair of thickened marginal wings, and an apex with a cone-shaped beak. Based on extensive morphological observation and comparison of the morphology with extant genera in the Fabaceae, the researchers assigned the fossil pods to the genus Mucuna.

The fossil pods are morphologically similar to a living species in Mucuna subgenus Macrocarpa, namely M. birdwoodiana, which is endemic to China. Therefore, it might indicate a similar habitat along the Red River valley in the late Miocene.

"To our current knowledge, the fossil pods from northern Vietnam are the first convincing macrofossil record for this genus," said Dr. SU Tao, principal investigator of the study.

Mucuna still survives and is widely distributed in northern Vietnam. "This indicates that Mucuna has existed in this region since the late Miocene," said Hung Ba Nguyen, a Vietnamese student pursuing Ph.D degree at XTBG. 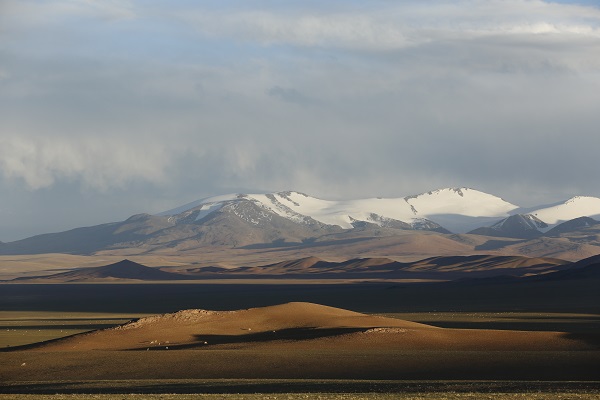 In a recent study, a joint research team led by scientists from Xishuangbanna Tropical Botanical Garden (XTBG), the University of Bristol (UK) and the Open University (UK) has revealed the first direct mechanism explaining how the growth of mountains in Northern Tibet dra... 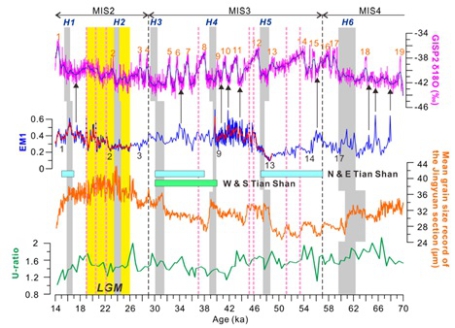 SONG Yougui from the Institute of Earth Environment and his collaborators investigated magnetism and sedimentology proxies of loess sections in the Ili Basin, eastern Central Asia, and elucidated environmental dynamics for dust accumulation and paleoclimate change.