Prof. ZHOU Xin from University of Science and Technology of China (USTC) of the Chinese Academy of Sciences (CAS) and the collaborators reconstructed a high-resolution model of the monsoon precipitation in the Jiang-Huai region, and proposed the possible driving mechanism behind by studying the sediments of Lake Nvshan. The results were published in Geology.

Variations in East Asia summer monsoon (EASM) have great impacts on economic development. However, there has been scarce research on this subject due to a lack of meteorological observation data.

The researchers cast their eyes on sediments from Lake Nvshan in Jiang-Huai (JH) region, which are less disturbed by human activities. They thoroughly analyzed the samples in terms of the color, chronology, grain size, total organic carbon (TOC), and others.

Through the analysis, researchers realized the 1800-year multiproxy reconstruction of monsoon precipitation. They detected large fluctuations of sediment redness during the past 1800 years, during which redness value is higher during Little Ice Age (LIA, 1000 to 1300 CE), while during the Medieval Warm Period (MWP, 1400 to 1850 CE), indicating a wetter LIA compared to a dryer MWP.

However, these results contradicted previous studies, which showed that changes in the Intertropical Convergence Zone (ITCZ) should have caused a dryer LIA and a wetter MWP. The researchers believed that this contrast is caused by the fact that the rainfall in the JH region was modulated by the mean state of the tropical Pacific Ocean on centennial time scales.

They explained that the dominating influence factor of precipitation in the JH region is the anomaly of Pacific Ocean sea-surface temperature, similar to the known La Nina and El - Nino phenomenon. These hydroclimate changes of the ocean may have been a response to the effective radiative forcing change during the past 1800 years.

University of Science and Technology of China 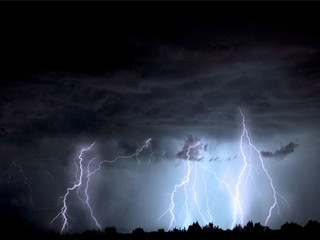 Dr. TAN Liangcheng from Institute of Earth Environment, in collaboration with his colleagues, reconstructed high-resolution (~4.9 yrs) monsoon precipitation variations in southeastern TP over the past 2300 years by using stalagmite δ18O records from Shenqi (SQ...

Dr. TAN Liangcheng from Institute of Earth Environment of the Chinese Academy of Sciences collaborated with his colleagues, reconstructed the high-resolution monsoon precipitation variations in the upper Hanjiang River region over the past 6650 years from δ18O and δ13C ...