Evolutionary chromosomal changes may take a million years in nature, but researchers are now reporting a novel technique enabling programmable chromosome fusion that has successfully produced mice with genetic changes that occur on a million-year evolutionary scale in the laboratory. The result may provide critical insight into how rearrangements of chromosomes – the tidy packages of organized genes, provided in equal number from each parent, which align and trade or blend traits to produce offspring – influence evolution.

In results published today in Science, the researchers reveal that chromosome level engineering can be achieved in mammal, and they successfully derived laboratory house mouse with novel and sustainable karyotype, providing critical insight into how chromosomal rearrangements may influence evolution.

"The laboratory house mouse has maintained a standard 40-chromosome karyotype — or the full picture of an organism’s chromosomes — after more than 100 years of artificial breeding," said co-first author LI Zhikun, researcher in the Institute of Zoology (IOZ) of the Chinese Academy of Sciences (CAS). "Over longer time scales, however, karyotype changes caused by chromosome rearrangements are common. Rodents have 3.2 to 3.5 rearrangements per million years, whereas primates have 1.6."

Such small changes may have big impacts, according to LI. In primates, the 1.6 changes are the difference between humans and gorillas. Gorillas have two separate chromosomes whereas in humans they are fused, and a translocation between ancestor human chromosomes produced two different chromosomes in gorillas. At an individual level, fusions or translocations can lead to missing or extra chromosomes or even to such diseases as infertility and childhood leukemia.

While the consistent reliability of the chromosomes is good for understanding how things works on a short-time scale, the ability to engineer changes could inform genetic understanding across millennia, including how to correct misaligned or malformed chromosomes, LI said. Other researchers have successfully engineered chromosomes in yeast but attempts to move the techniques to mammals have not been fulfilled.

According to co-first author WANG Libin from IOZ, the difficulty is that the process requires deriving stem cells from unfertilized mouse embryos, meaning the cells only contain one set of chromosomes. In diploid cells, there are two sets of chromosomes that align and negotiate the genetics of the resulting organism.

"Genomic imprinting is frequently lost, meaning the information about which genes should be inactive reactivated, in haploid embryonic stem cells, limiting their pluripotency and genetic engineering,” WANG said. "We recently discovered that by deleting three imprinted regions, we could establish a stable sperm-like imprinting pattern in the cells."

Without the three naturally imprinted regions, the researchers’ engineered imprinting pattern could take hold, allowing them to fuse specific chromosomes. They tested it by fusing two medium sized chromosomes — 4 and 5 — head to tail and the two largest chromosomes — 1 and 2 — in two orientations, resulting in karyotypes with three different arrangements.

"The initial formations and stem cell differentiation was minimally affected; however, karyotypes with fused 1 and 2 chromosomes resulted in arrested development," WANG said. "The smaller fused chromosome composed of chromosomes 4 and 5 was successfully passed to offspring."

The researchers found that the weakened fertility resulted from an abnormality in how chromosomes separated after alignment, WANG said. He explained that this finding demonstrated the importance of chromosomal rearrangement to establishing reproductive isolation, which is a key evolutionary sign of the emergence of a new species.

"Some engineering mice showed abnormal behavior and postnatal overgrowth, whereas others exhibited decreased fecundity, suggesting that although the change of genetic information was limited, fusion of animal chromosomes could have profound effects," LI said. "Using an imprint fixed haploid embryonic stem cell platform and gene editing in a laboratory mouse model, we experimentally demonstrated that the chromosomal rearrangement event is the driving force behind species evolution and important for reproductive isolation, providing a potential route for large-scale engineering of DNA in mammals."

The Strategic Priority Research Program of CAS, the National Key Research and Development Program, the National Natural Science Foundation of China, the CAS Project for Young Scientists in Basic Research, the Youth Innovation Promotion Association, and the National Postdoctoral Program for Innovative Talents funded this research. 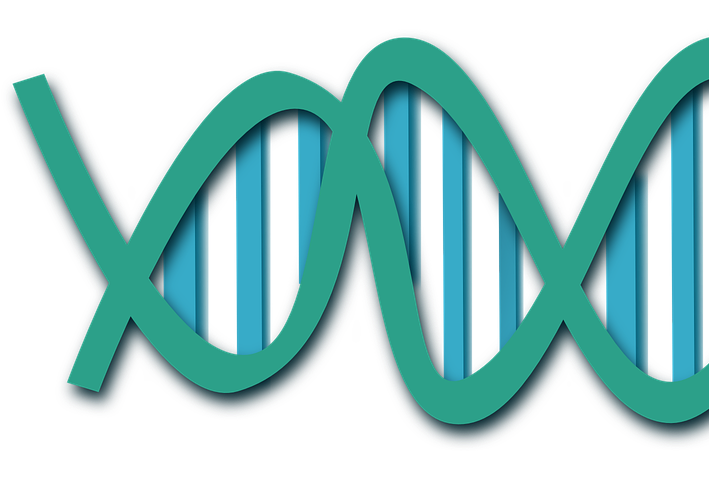 Researchers from the Institute of Oceanology and their collaborator from Costa Rica demonstrated the origin of neo-Y chromosome in the X1X2Y system of male Oplegnathus fasciatus for the first time. 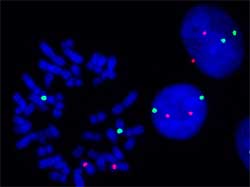