Recently, Emma Lavaut and her colleagues from Sorbonne University and Universidad Austral de Chile found that a species of red seaweed, Gracilaria gracilis, uses the isopod crustacean Idotea balthica to transfer its male gametes for fertilization. This finding presents a whole new class of "pollination" interaction.
In a perspective article published in Science, Prof. Jeff Ollerton and Dr. REN Zongxin from the Kunming Institute of Botany of the Chinese Academy of Sciences (CAS) concluded that this new study significantly expands the phylogenetic and temporal scope of animal-mediated male gamete movement, bringing the concept of "pollination" from plants to algae and potentially pushing it back to the earliest evolution of marine invertebrates.

Pollination is the transfer of pollen (containing male gametes of a plant) to a receptive stigma of a flower, which then fertilizes the ovules (containing female gametes or eggs of a plant) for the production of seeds. It is estimated that about 90% of angiosperms (flowering plants) are pollinated by animals. Strictly speaking, pollination is restricted to seed plants, including angiosperms and gymnosperms (e.g., conifers and cycads, etc.).

In addition to occurring on land, animal pollination has been found in the oceans—specifically, in the seagrass Thalassia testudinum, a marine angiosperm.

More broadly, the process of transferring male gametes to female gametes also occurs in other green plants and in eukaryotes such as mosses, fungi, and algae.

Red seaweeds (a type of algae) comprise more than 7,000 species in the ocean. Unlike other seaweeds, their male gametes do not possess a flagella and so are not motile, making them similar to pollen grains. Fertilization takes place on a remote female organ, indicating that these red seaweeds require either water currents or animals to transfer male gametes for sexual reproduction.

Isopod crustaceans may be attracted to these seaweeds because they provide shelter from predators. Amidst the seaweed, isopod crustaceans feed on small algae (diatoms) that colonize the seaweed’s surface. Since diatom algae may foul seaweed fronds, removal of these diatoms by isopods may consequently increase the seaweed growth rate.

Isopod crustaceans pollinate the seaweed as they forage and move between fronds. Therefore, isopods are engaged in a "double mutualism" with the seaweed, according to Lavaut.

The reliance on an animal vector to ensure reproduction is highly risky in a world of rapid anthropogenic change. Most reproduction in red seaweeds occurs in relatively still waters found in coastal rock pools at low tide. These habitats are threatened by pollution, invasive species, physical modification of coastlines, and changing climate and sea levels.

In addition, crustaceans in general may be susceptible to increasing ocean acidification related to rising CO2 levels because acid decalcifies their exoskeletons. However, at the same time, red seaweeds such as Gracilaria are ecologically important to their ecosystems and are being touted as a globally sustainable food source.

Unfortunately, an entirely new class of ecological interactions as show in this find may already be threatened even before scientists fully understand them.

This work was funded by the Strategic Priority Research Program of CAS and the President’s International Fellowship Initiative of CAS.

The complex interactions, and their outcomes, between the seaweed (Gracilaria gracilis), isopods (Idotea balthica) and diatoms. A plus sign (+) indicates a positive effect of one species on another, while a minus sign (-) indicates a negative impact. (Images from Lavaut et al. & Emoody26)

Did pollination exist before plants? 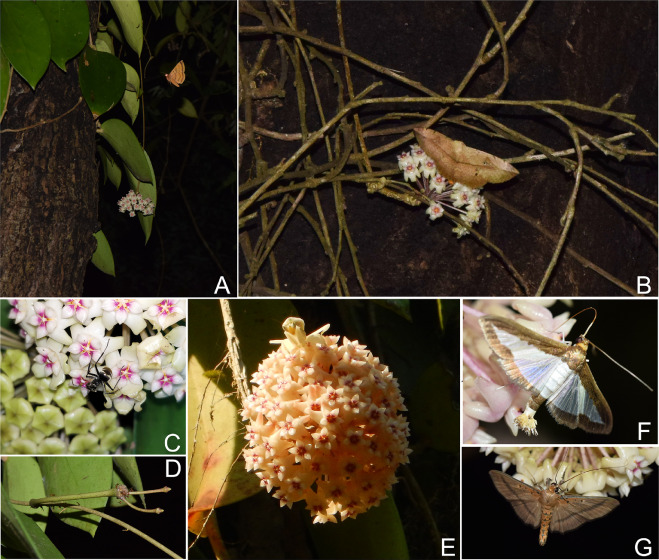 In a recent study, researchers from the Xishuangbanna Tropical Botanical Garden (XTBG) investigated the pollinators of Hoya pottsii (spontaneous and epiphytic, growing on several cultivated and subspontaneous trees in the garden) by capturing flower visitors duri... 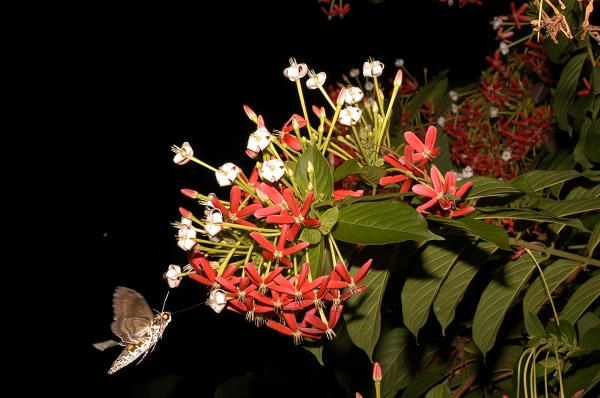 Prof. ZHANG Ling and her students of Xishuangbanna Tropical Botanical Garden used Quisqualis indica (Combretaceae), an Asian tropical climber that undergoes a floral color change from white to pink to red, to test whether floral color change may be related to shift from m...