Nestled in the mountainous landscape of Guizhou in southwest China, the Five-hundred-meter Aperture Spherical radio Telescope (FAST) is a single-dish radio telescope the size of 30 soccer fields. It has recently finished 15 months of listening to the sounds of the Universe. Data collected during this inaugural listening session and the pre-launch testing period has already resulted in more than 60 peer-reviewed publications.

The National Astronomical Observatories of Chinese Academy of Science (NAOC) launched the US$171-million (RMB1.2-billion) facility in January of 2020, after nine years of construction, technological outfitting and testing.

As the most sensitive radio telescope in the world, FAST is tasked with a multitude of endeavors. From investigating the molecular nature of hydrogen galactic clouds, to exploring the origin and evolution of the Universe, and everything in between, FAST had a full docket for its first scientific observing period.

However, the observing period was not the first time FAST listened to the sky - it was scientifically operational for more than one year for testing and reviewing. On August 29, 2019, it became the first telescope to catch an extremely active episode of Fast Radio Burst (FRB) 121102, the first repeating FRB source ever discovered. The subsequent FAST observing campaign accumulated more than 1000 burst detections, more than those from all other telescopes combined in the past seven years. By February of 2021, four new FRB discoveries have been published based on FAST data. Dedicated FAST observations of known FRB sources have resulted in two publications on Nature, one reveals new magnetic behaviors and one constraints the radio flux of the first Galactic FRB. The latter of which was selected, by both Nature and Science magazines, as part of the top scientific achievements of 2020 world-wide.

FAST has discovered more than 200 pulsars, the first 11 of which have been published with coherent timing solution. These dense, rotating neutron stars were once giant stars that collapsed in on themselves. They occasionally pulse an intense radiation beam that can be heard as a radio signal by FAST. FAST has revealed previously unseen complex emission patterns, challenging “the classic carousel-type models”. The science team has also discovered millisecond pulsar binaries in clusters of stars. These millisecond pulsar binaries are thought to be old, paired pulsars that rotate on the scale of millisecond. Among the discoveries is a “black widow spider”, which is consuming its partner star.

FAST has also been observing hydrogen gas both in the Milky Way and beyond. Detection of atomic hydrogen in four galaxies allow for a better determination of their baryonic content. By measuring the depth of absorption against the so-called background quasars, which are bright distant stellar like sources driven by central supermassive black holes, scientists have also placed the stringiest limit so far on the molecular content in distant galaxies, using FAST.

FAST’s next observing epoch will begin this August and run through the July of 2022. Users of any nationality or affiliation are invited to submit regular science proposals of less than 100 observing hours for the upcoming observing period. Proposals are accepted between March 31 to May 15, 2021. Please contact: fast-proposal-support@nao.cas.cn with any questions.

The FAST Call for Proposal is available at http://fast.bao.ac.cn/proposal_submit. 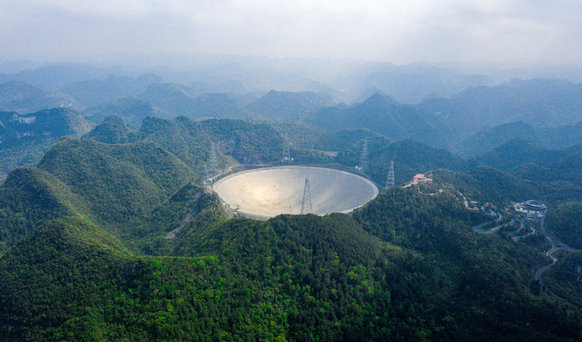 FAST is in southwest China's Guizhou Province. As world's largest filled-aperture and most sensitive radio telescope, it officially opened to the world starting March 31. The opening of China's FAST to international scientists could enhance collaboration of scientists fro... 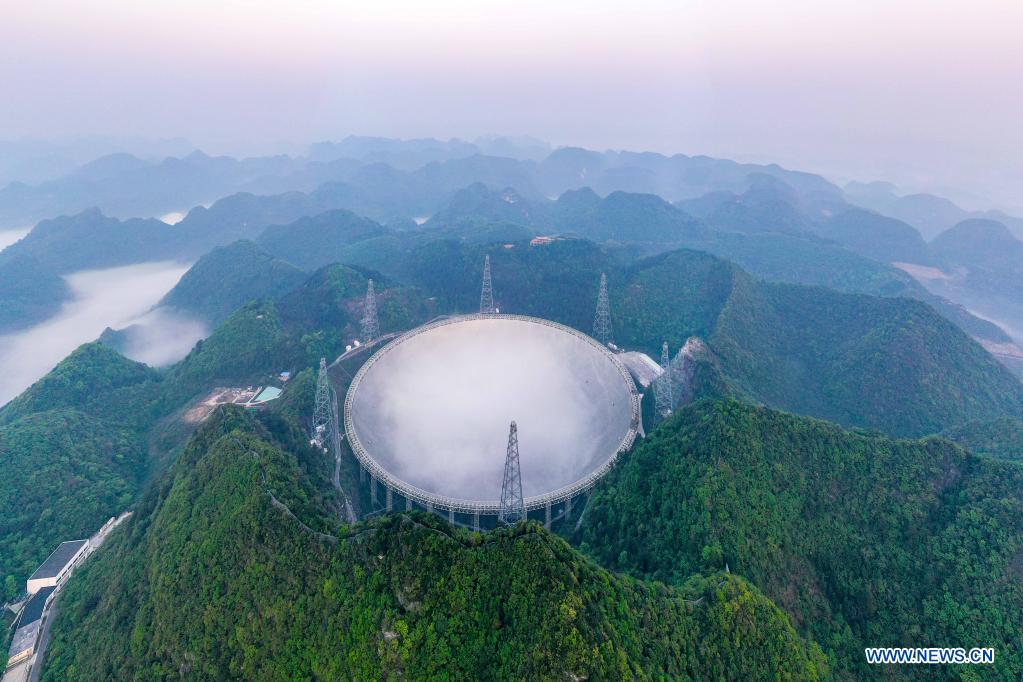