Cygnus X-1, a binary star system first discovered in 1964, comprises one of the closest black holes to Earth. New observations of this black hole, the first ever detected, have led astronomers to question what they know about the Universe's most mysterious objects.

An international team, including researchers from National Astronomical Observatories (NAOC) of Chinese Academy of Sciences, recently found that the stellar-mass black hole in the Cygnus X-1binary system has a mass 21 times the mass of the Sun and rotates at a speed close to the speed of light.

The study was published in Science on Feb. 18.

The researchers used the Very Long Baseline Array - a continent-sized radio telescope made up of 10 dishes spread across the United States - together with a clever technique to measure distances in space.

"If we can view the same object from different locations, we can calculate its distance away from us by measuring how far the object appears to move relative to the background," said Prof. James Miller-Jones, a researcher at Australia’s Curtin University and the International Centre for Radio Astronomy Research (ICRAR), who is the first author of the study.

"If you hold your finger out in front of your eyes and view it with one eye at a time, you’ll notice your finger appears to jump from one spot to another. It's exactly the same principle," said Prof. Miller-Jones.

Over six days, the researchers observed a full orbit of the black hole around its companion blue supergiant variable star. They then compared the new data with observations of the same system taken with the same telescope array in 2011. Their new observations and measurements showed that the system is further away than previously thought.

With this new distance information, the researchers re-estimated the mass of the Cygnus X-1 black hole and found it to be more than 20 times the mass of our Sun - a 50 percent increase over previous estimates.

Prof. GOU Lijun of NAOC is a co-author of the study and led the study's spin measurement.

"Using the updated measurements for the black hole's mass and its distance away from Earth, we were able to confirm that Cygnus X-1 is spinning incredibly quickly - very close to the speed of light and faster than any other black hole found to date," said Prof. GOU.

Co-author Prof. Ilya Mandel, a scientist from Australia's Monash University and the ARC Centre of Excellence in Gravitational Wave Discovery (OzGrav), said the black hole is so massive and rotating so fast that it is actually challenging astronomers' thoughts on how black holes formed.

"Stars lose mass to their surrounding environment through stellar winds that blow away from their surface. But to make a black hole this heavy and rotating so quickly, we need to dial down the amount of mass that bright stars lose during their lifetimes," he said.

The black hole in the Cygnus X-1 system began life as a star approximately 60 times the mass of the Sun and collapsed tens of thousands of years ago. Incredibly, it's orbiting its companion stare very five-and-a-half days at just one-fifth the distance between the Earth and the Sun.

Accompanying the publication in Science, two further papers focusing on different aspects of this work have also been published at the same day on Feb.18 in The Astrophysical Journal.

Artist's illustration to the Cyg X-1 system. (Image by ICRAR) 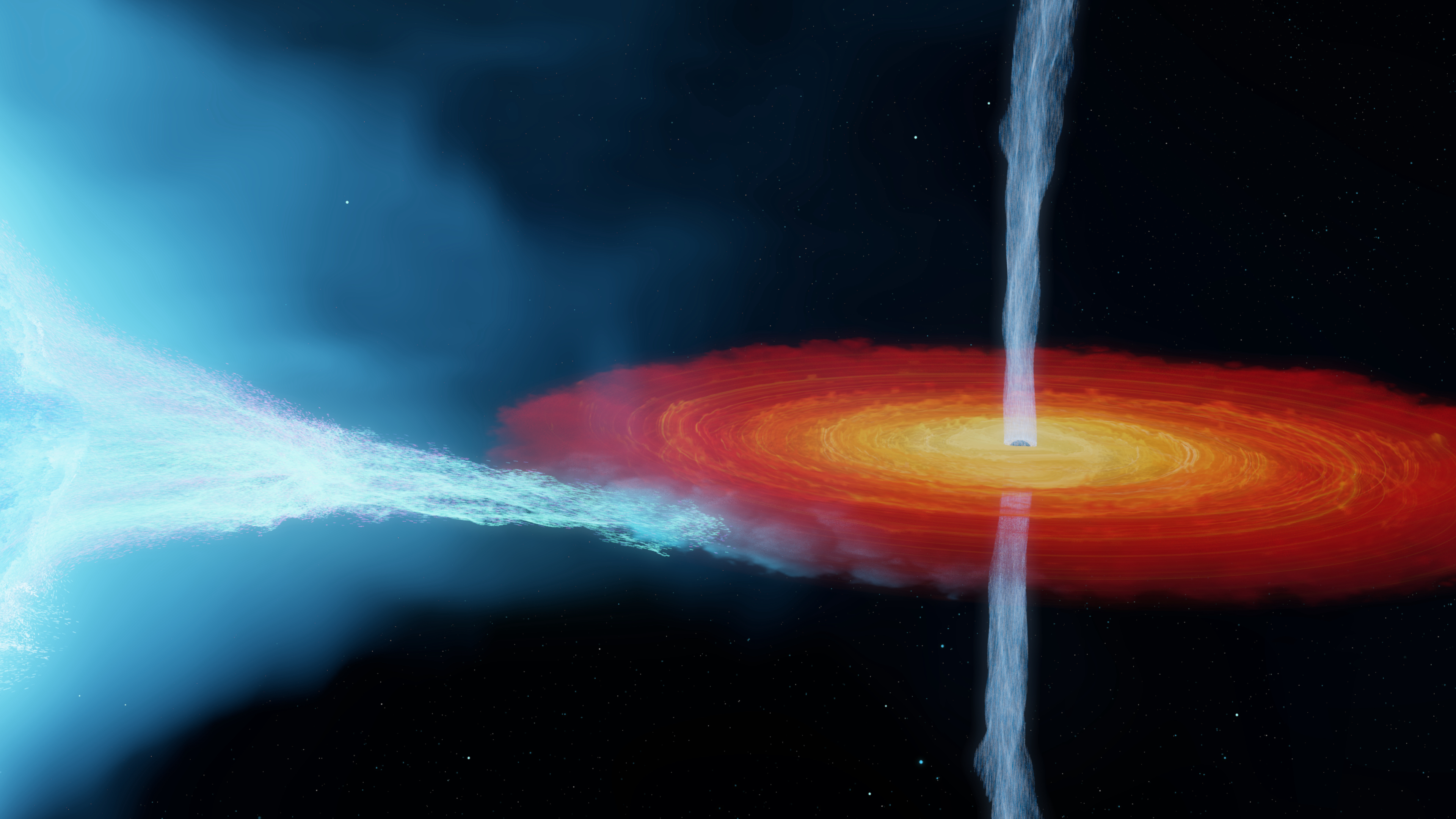 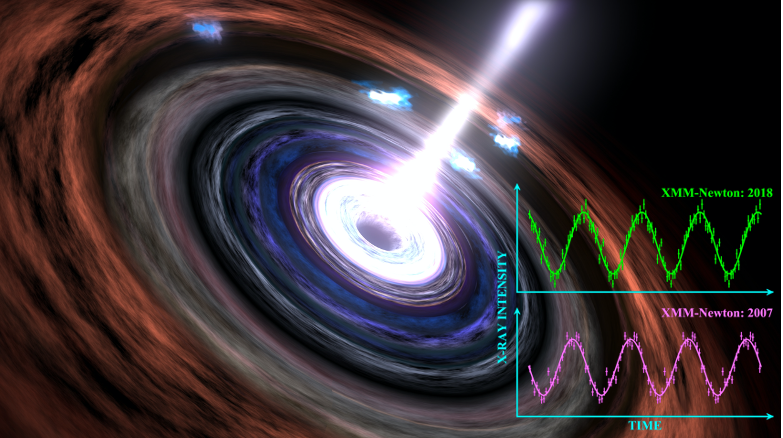 The first confirmed heartbeat of a supermassive black hole is still going strong more than ten years after first being observed. X-ray satellite observations spotted the repeated beat after its signal had been blocked by our Sun for a number of years.