A team of Chinese scientists announced on Jan. 15 that they have developed a new bright VUV FEL light source, the Dalian Coherent Light Source (DCLS), which can deliver world's brightest FEL light in an energy range from 8 to 24 eV, making it unique of the same kind that only operates in the VUV region.

Vacuum Ultra Violet (VUV) light sources are especially useful for sensitive detection of atoms, molecules and clusters. It can also be used to probe valence electronic structures of all kinds of materials.

The development of high gain free electron lasers (FEL) has captured great attentions in the scientific community in the last decade. It can provide by far the brightest light sources from VUV to X-ray region, where conventional laser technology cannot reach.

Recently, a series of high gain FEL light source facilities in the X-ray and soft X-ray region have been successfully developed in the world (LCLS, USA; SACLA, Japan; FLASH, Germany; and FERMI, Italy), with a few others currently under development. The LINAC based Coherent Light Source (LCLS) at the Stanford Linear Accelerator Center have given scientists large hopes to make new scientific discoveries in many frontier research areas with these facilities.

However, no dedicated high gain VUV FEL light source facility for basic research has been developed in the world thus far. Led by Prof. YANG Xueming (Dalian Institute of Chemical Physics, DICP) and Profs. ZHAO Zhentang and WANG Dong (Shanghai Institute of Applied Source, SINAP), the team of scientists and engineers succeeded in developing the DCLS.

During the last two months, this team has successfully commissioned the new FEL facility operating in both HGHG and SASE. By applying the undulator tapering technology in the HGHG mode, a photon flux of 1.4x1014 photons per pulse was achieved. The project was started in early 2012 and was a close collaboration between research scientists and engineers from DICP and SINAP (Home Institute of the Shanghai Light Source), two CAS institutes.

"VUV FEL light sources have wide applications in the study of basic energy science, chemistry, physics and atmospheric sciences. We expect that the new facility will become a new machine for important scientific discoveries and international scientific collaborations," said YANG Xueming, a member of the CAS.

Many institutions in China such as University of Science and Technology of China (USTC), Tsinghua University and Institute of High Energy Physic were involved in the development of this FEL facility. This project was funded by National Natural Science Foundation of China and Chinese Academy of Sciences.

Chinese scientists announced they have built a facility that can generate the world's brightest extreme ultraviolet (EUV) free electron laser. The facility in Dalian, a coastal city in northeast China's Liaoning Province, can generate 140 trillion photons per laser pulse ... 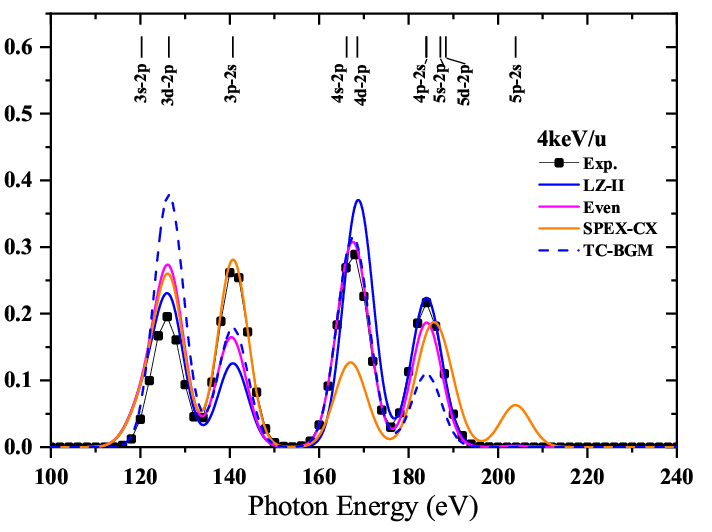 Researchers at the Institute of Modern Physics (IMP) of the Chinese Academy of Sciences (CAS) and used Reaction Microscopy to systematically measure the state-selective charge exchange of Ne(8,9)+ ions with He and H2 in the solar wind speed range, an...