FAST Reveals Mystery of Fast Radio Bursts from the Universe

In the vast universe, some extremely strong radio waves occasionally blink, with duration of only milliseconds. Such fast radio bursts were discovered by astronomers in 2007. Puzzling questions arise: Who sent them? What information is conveyed by these radio bursts?

The Five-hundred-meter Aperture Spherical Radio Telescope (FAST) has revealed some mystery of the fast radio bursts, according to a study published in Nature on Oct. 28

More than 30 burst sources have been found until last year. These bursts randomly emerge in the sky, which implies that most of them are not from the Milky Way but outside.

In 2017, astronomers finally caught a repeating FRB source from that several bursts emerge in a few hours. The burst source is found to come from a galaxy 3 billion light years away in the deep Universe.

The large collecting area makes FAST the most sensitive telescope over the world and the precisely controlled adopt reflectors enables it to make excellent focus and track on celestial targets.

In the trial open semester in 2019, Dr. LUO Rui, first author of the study, a PhD student from Peking University, hoped to use FAST to see if a radio burst FRB 180301 repeats or not. Fortunately, four bursts were detected during the two-hour observation session on July 16, 2019. This is an exciting result, but no bursts were detected in the four-hour observation on September 11, 2019.

Considering the position uncertainty of originally reported from the first discovery by the Australian telescope, a research team led by Prof. LI Kejia from Peking University, Prof. HAN Jinlin from National Astronomical Observatories of Chinese Academy of Sciences (NAOC), and Prof. ZHANG Bing from University of Las Vegas discussed and changed the observations strategy by monitoring the target by using the central beam of 19-beam receiver of the FAST and made the full-polarization data recorded.

On October 6 and 7, FAST detected 11 bursts in six hours. Totally, FAST detected 15 bursts in 12 hours. The intensity profiles of these bursts are quite different from each other, but definitely they come from one source, similar to the repeating burst source astronomers previously found, with a similar distance of three billion light-years away, and a similar burst rate but much less luminous.

The most intriguing results come from the careful analysis on the polarization signals of the 11 radio bursts recorded by FAST. Among the 11 bursts detected by FAST, the polarization properties of seven bursts could be well-measured, which showed not only interesting swings of polarization, but also the diversity of swings.

Such a diverse polarization behavior had never been seen in any radio bursts previously. It means that the bursts are produced in the magnetosphere of compact stars with extremely magnetic fields, such as neutron stars, and disfavors the shock models produced by jets of plasma as proposed by many scientists.

In the past, polarization signals from only a few of some 30 bursts have been recorded, either showing flat polarization angle swing, i.e. constant polarization direction of radio waves, or variable position angle in one-off bursts. The significance results obtained by FAST observations settle down the debates between the two schools of theoretical models.

As of today, FAST has conducted intense astronomical observations to many celestial objects, and has discovered more than 230 new pulsars in the last few years. 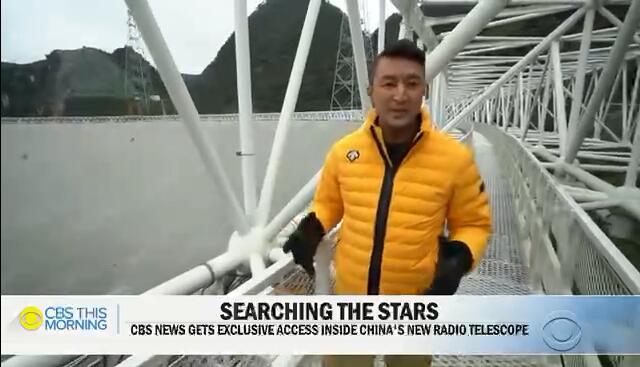