Located in a naturally deep and round karst depression in Pingtang county, Guizhou province, FAST is both mysterious and beautiful. (Photo by Yuan Weisheng/for chinadaily.com.cn)

The 500-meter Aperture Spherical Telescope, or FAST, China's mega science project and the world's largest single-dish radio observatory, has detected hundreds of pulsar candidates, of which 132 have been certified, People's Daily reported on August 5.

Located in Pingtang county, Guizhou province, FAST, which took 22 years to build, was completed in September 2016 and started making regular observations in January this year.

FAST, photographed at night, has an eerie quality. (Photo by Ceng Longwu/for chinadaily.com.cn)

In April, FAST discovered a new fast radio burst, or FRB, mysterious signals believed to be from the distant universe. FRBs are the brightest bursts known in the universe, the report said. They are called fast because the blips are of very short duration, only several milliseconds. There is no scientific explanation for their origin as yet.

The radio bursts come from the depths of the universe and originated 8.5 billion years ago, experts said.

In May, FAST announced the results of test observations used in searching for extraterrestrial intelligence.

Che Weiwei in Guiyang contributed to this story. (chinadaily.com.cn) 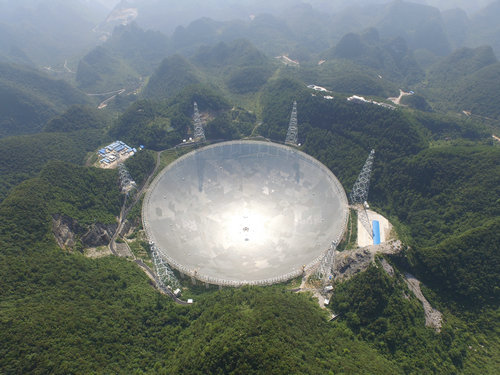 Chinese astronomers have detected repeated fast radio bursts (FRB) - mysterious signals believed to be from a source about 3 billion light years from Earth - with the largest and most sensitive radio telescope ever built. Scientists detected the signals with the Five-hund... 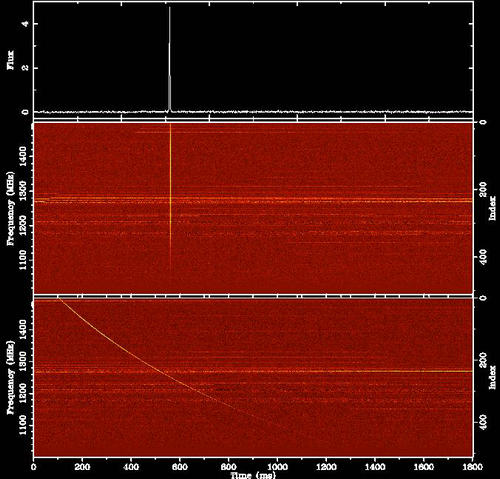