Recently, Prof. YANG Xueming from the Dalian Institute of Chemical Physics of the Chinese Academy of Sciences and Prof. YANG Tiangang from the Southern University of Science and Technology discussed significant advances in the study of quantum resonances in atomic and molecular collisions at near absolute zero temperature. Their article was published in Science on May 7.

A remarkable feature of quantum nature in atomic and molecular collision is quantum scattering resonances, but probing them experimentally has been a great challenge due to the transient nature of these resonances.

The schematic shows quasi-bound quantum resonance state in the post barrier region, which is responsible for the enhanced reactivity in the F+H2 to HF+H reaction at temperature near absolute zero. (Image by YANG Tiangang)

This article introduced a quantum resonance study published in the same issue of Science by a research group from University of Nijmegen. By using the Stark decelerated molecular beam of NO(j=1/2f) and a cryogenic helium beam combined with high resolution velocity map imaging technique, De Jongh and coworkers observed resonances in the NO + He inelastic collisions at the temperature range of 0.3 to 12.3 K.

Accurate quantum dynamics calculations are in excellent agreement with experimental results. Particularly interesting is that the resonances can only be accurately described using a new NO-He potential energy surface (PES) at the CCSDT(Q) level, demonstrating the exceptionally high accuracy of the resonance picture developed for this benchmark inelastic collision system.

In addition to inelastic scattering processes, resonances in chemical reactive collisions in the low collision energy regime have been discussed. An important benchmark system for reaction resonances, discussed in the article, is the F+H2 to HF+H reaction, which is a major source of HF formation in interstellar clouds (ISC).

The F+H2 reaction is known to have a significant reaction barrier (629 cm-1), therefore its reactivity should be negligible at the temperature near absolute zero. Understanding the HF formation mechanism through this reaction at the cold temperatures is important, which can help to determine hydrogen column density in space.

With the improved molecular crossed beam apparatus, the F reaction and H2 have been studied as low as 14 K (9.8 cm-1) at the State Key Laboratory of Molecular Reaction Dynamics, DICP. A clear resonance peak at the collision energy of ~40 cm-1 has been discovered, which is found responsible for the enhanced reactivity near absolute zero temperature from the detailed dynamics analysis on an accurate PES. Because of the resonance enhanced quantum tunneling, this reaction should have unusually high reactivity at temperature below 1 K.

Further theoretical analysis indicated that if the contribution of the resonance-enhanced tunneling were removed from the reactivity, the reaction rate constant of F + H2 below 10 K would be reduced more than three orders of magnitude.

In this article, the authors pointed out that strong interaction between experiment and theory has been crucial in the study of transient collision resonances. The dynamics studies in atomic and molecular collisions are especially important to understanding energy transfer and chemical reaction processes that could have a wide impact on complicated systems, such as terrestrial and planetary atmospheres, interstellar clouds, gas-phase lasers, semiconductor processing, plasmas, and combustion processes. 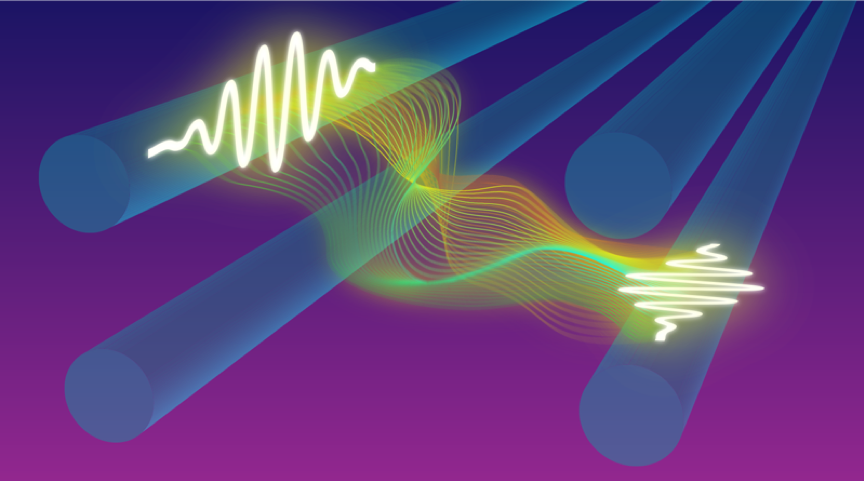 GUO Guangcan's team from University of Science and Technology of China of the Chinese Academy of Sciences overcame the difficulties with weak values by switching to modular values, which also involve pre- and postselection of quantum states but are based on strong rather ...