Our Milky Way Galaxy is estimated to contain 100 million stellar black holes – cosmic bodies formed by the collapse of massive stars and so dense even light can’t escape. Until now, scientists had estimated the mass of an individual stellar black hole in our Galaxy at no more than 20 times that of the Sun. But the discovery of a huge black hole by a Chinese-led team of international scientists has toppled that assumption.

The team, headed by Prof. LIU Jifeng of the National Astronomical Observatory of China (NAOC) of the Chinese Academy of Sciences, spotted a stellar black hole with a mass 70 times greater than the Sun. The monster black hole is located 15 thousand light-years from Earth and has been named LB-1 by the researchers. The discovery is reported in the latest issue of Nature.

The discovery came as a big surprise. "Black holes of such mass should not even exist in our Galaxy, according to most of the current models of stellar evolution," said Prof. LIU. "We thought that very massive stars with the chemical composition typical of our Galaxy must shed most of their gas in powerful stellar winds, as they approach the end of their life. Therefore, they should not leave behind such a massive remnant. LB-1 is twice as massive as what we thought possible. Now theorists will have to take up the challenge of explaining its formation."

Until just a few years ago, stellar black holes could only be discovered when they gobbled up gas from a companion star. This process creates powerful X-ray emissions, detectable from Earth, that reveal the presence of the collapsed object.

To counter this limitation, Prof. LIU and collaborators surveyed the sky with China’s Large Sky Area Multi-Object Fiber Spectroscopic Telescope (LAMOST), looking for stars that orbit an invisible object, pulled by its gravity.

This observational technique was first proposed by the visionary English scientist John Michell in 1783, but it has only become feasible with recent technological improvements in telescopes and detectors.

Still, such a search is like looking for the proverbial needle in a haystack: only one star in a thousand may be circling a black hole.

After the initial discovery, the world’s largest optical telescopes – Spain’s 10.4-m Gran Telescopio Canarias and the 10-m Keck I telescope in the United States – were used to determine the system’s physical parameters. The results were nothing short of fantastic: a star eight times heavier than the Sun was seen orbiting a 70-solar-mass black hole, every 79 days.

The discovery of LB-1 fits nicely with another breakthrough in astrophysics. Recently, the Laser Interferometer Gravitational-Wave Observatory (LIGO) and Virgo gravitational wave detectors have begun to catch ripples in spacetime caused by collisions of black holes in distant galaxies. Intriguingly, the black holes involved in such collisions are also much bigger than what was previously considered typical.

The direct sighting of LB-1 proves that this population of over-massive stellar black holes exists even in our own backyard. "This discovery forces us to re-examine our models of how stellar-mass black holes form," said LIGO Director Prof. David Reitze from the University of Florida in the U.S.

"This remarkable result along with the LIGO-Virgo detections of binary black hole collisions during the past four years really points towards a renaissance in our understanding of black hole astrophysics," said Reitze. 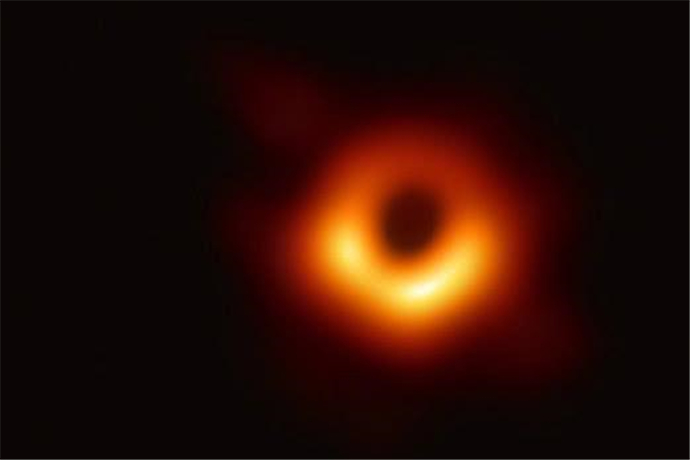 Astronomers this week revealed the first image of a black hole at press conferences held in the cities of Shanghai, Taipei, Tokyo, Washington, Brussels and Santiago.

Chinese astronomers have made contributions to a global effort to capture the first-ever image of a supermassive black hole at the heart of the distant galaxy M87. The image of the black hole, based on observations through the Event Horizon Telescope (EHT), a planet-scale...