China's first homegrown X-ray telescope, which aims to survey the Milky Way to observe celestial sources of X-rays, lifted off into space at 11 AM local time on June 15.

Onboard the CZ-4B rocket, the Hard X-ray Modulation Telescope (HXMT) was launched from the Jiuquan Satellite Launch Center, in northwest China.

Scientists hope to use the device to resolve mysteries such as the evolution of black holes and the strong magnetic fields of neutron stars, enhancing China's competence in the field.

ZHANG said that HXMT will be of key importance to understand the physics of celestial X-ray sources, the emission mechanisms of the radiation at work and other issues of fundamental physics.

This will allow the telescope to work over a wide energy range from 1 to 250 keV, enabling it to make many observations which previously required several satellites.

IHEP is leading the development of the HXMT, which is China's first X-ray astronomical satellite. It was proposed by IHEP scientists LI Tibei and WU Mei, based on their innovative direct demodulation image reconstruction method.

The 5th day after the launch, HXMT's scientific instruments will be powered for the following five days as an overall functional test. A performance test, on-orbit calibration observations and test observations will be the main tasks of the next 140 days.

The Hard X-ray Modulation Telescope in orbit (Image by IHEP) 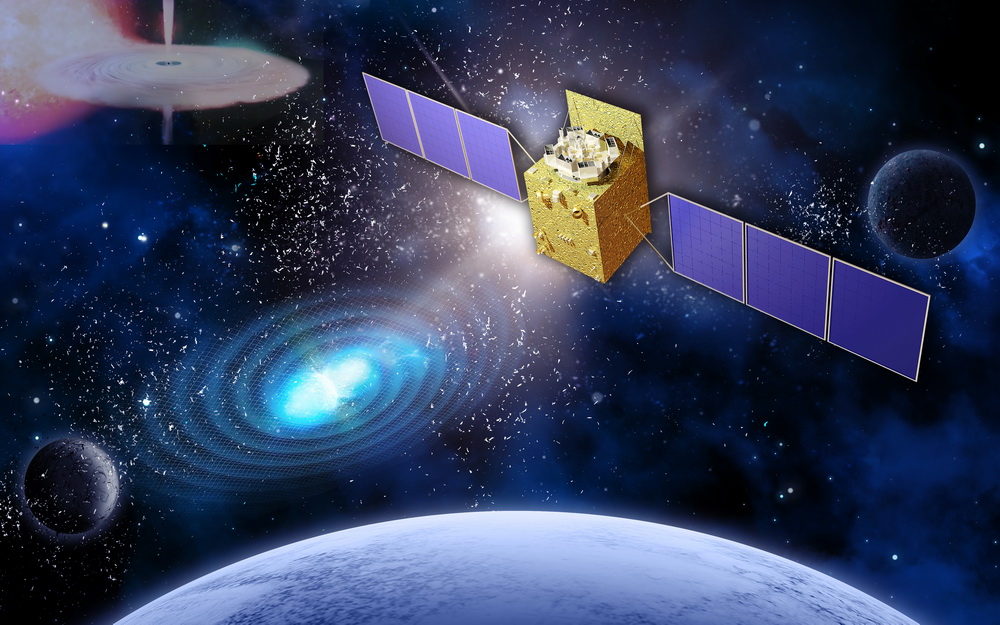